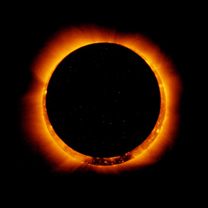 On May 9 and 10, 2013 millions of sky-gazers saw the spectacle of a lifetime as a “ring of fire” annular solar eclipse crossed the Pacific from Asia to the United States.

According to Space.com the eclipse was best seen in remote parts of western Australia, where the moon covered most — but not all — of the sun, leaving a spectacular ring of light around the lunar silhouette.

Because the eclipse’s path crossed the International Dateline, it began in Australia on Friday, May 10, local time, but ended late Thursday, May 9.

Below are a few pics from the recent 2013 event and above and last shot are from the May 2012 eclipse. Enjoy! 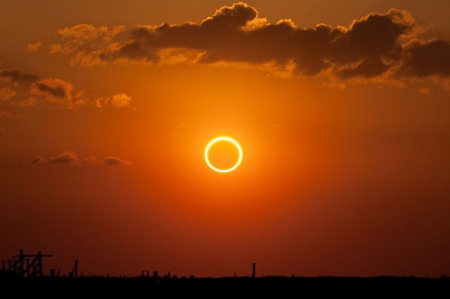 This entry was posted on Friday, May 10th, 2013 at 19:21 and is filed under friday fotos. You can follow any responses to this entry through the RSS 2.0 feed. You can leave a response, or trackback from your own site.

One Response to Friday Fotos: Ring of Fire Solar Eclipse