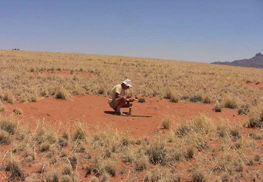 Mysterious bare spots called “fairy circles” dotting the sandy desert grasslands of Nambia have long stumped scientists who have no idea how they form.

Fairy circles crop up in regular patterns along a narrow strip of the Namib Desert between mid-Angola and northwestern South Africa, and can persist for decades.

HuffPo reports the cause of these desert pockmarks has been widely debated, but a species of sand termite, Psammotermes allocerus, could be behind the mysterious dirt rings, suggests a study published yesterday in the journal Science.

Scientists have offered many ideas about the circles’ origin, ranging from “self-organizing vegetation dynamics” to carnivorous ants. Termites have been proposed before, but there wasn’t much evidence to support that theory. While studying the strange patterns, biologist Norbert Juergens of the University of Hamburg noticed that wherever he found the dirt patches (the barren centers inside fairy circles), he also found sand termites.

According to LiveScience, the smallest fairy circles are about 6.5 feet (2 meters) in diameter, while the largest can be almost 40 feet (12 m) across. Eventually, plants move back in, re-colonizing the circles and leaving only slightly indented “ghost circles” behind. And a study published June 27, 2012 in the journal PLOS ONE, suggested the small circles stick around for about 24 years, while the larger ones stay put as long as 75 years. 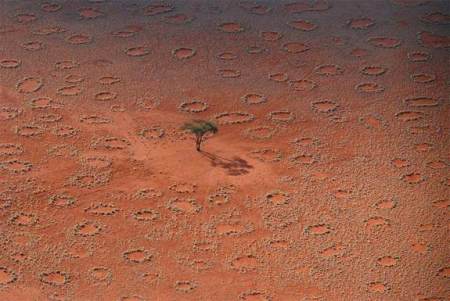 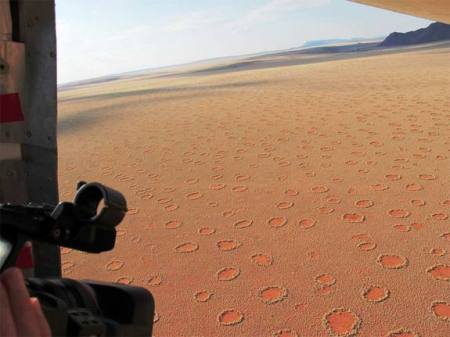 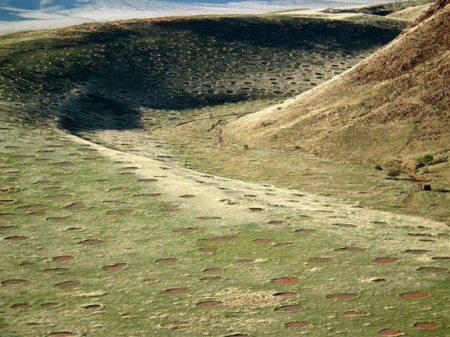 Have a fun, safe Easter weekend everyone! 🙂 j & B