Nuke News and Updates group on US First Responders Association 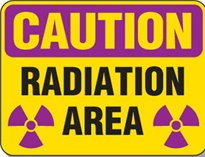 We recently set up a discussion group called “Nuke News and Updates” on the U.S. First Responders Association forum in case you would like to review discussions going forward.

USFRA members will be sharing news and updates about the on-going disaster at Japan’s Fukushima Daiichi nuclear power plant along with resources and stories about nuclear sites and incidents on North American soil and across the world.

Please understand this network is NOT a political or anti/pro nuke group but rather a place to share safety information, news and resources about nuclear power plants, research reactors and incidents to help responders and the public at large.

There has been a lot of information — and misinformation — swirling around the Internet lately about Japan’s crippled Fukushima Daiichi nuclear plant so we wanted to share some resources that may calm some fears.

And yes, of course the situation is still extremely tenuous since a large trembler in the earthquake-prone country could devastate the plants and cause more meltdowns or impact the 1,000+ storage tanks and containers filled with highly contaminated water.

But for now, to help reduce the erroneous reports out there, please consider reading and sharing these links with others. Continue reading

Could a Fukushima-Like Accident Happen In The US?

Could a nuclear accident like the 2011 meltdown that crippled the Fukushima Daiichi plant in Japan happen in the U.S.? David Lochbaum, a former nuclear engineer, director of the Nuclear Safety Program for the Union of Concerned Scientists and one of the authors of the new book-length account “Fukushima: The Story of a Nuclear Disaster,” thinks it’s more than possible. Read more

The World Nuclear Association reports as of March 2013 there are 435 commercial nuclear power reactors in 31 countries with 480 more reactors under construction or planned. The U.S. has 100 commercial power plants and Canada has 19 power stations meaning millions of people live within 10 miles (16 km) of an operating reactor. And WNA reports there are 240 research reactors (54 in the U.S.) mainly on university campuses. Continue reading

You don’t have to become a member to read most postings on the USFRA forum, however please consider joining if you’d like to participate in any of the groups and/or submit content for others.

U.S. First Responders Association is a network, of firefighters, EMS, rescue, police officers, military and civilian support teams. The purpose of the USFRA is to advance the profession of fire, emergency, police and military services through proactive community leadership, education, advocacy, policy, procedure, and guidelines that would best help our emergency services provide aid to the citizens of the U.S. and worldwide. Join USFRA today at www.usfra.org

This past Monday March 11, 2013 marked the 2 year anniversary of the devastating earthquake, tsunami and nuclear power plant disasters in Japan.

The 9.0 Tohoku earthquake, the strongest ever to hit Japan and among the five most powerful earthquakes ever recorded, along with the subsequent tsunami claimed the lives of over 20,000 people

Some mindboggling figures from the trifecta disaster include…

6 = approximate number of minutes the shaking lasted during the 9.0 earthquake in Sendai (80 miles or 130 kilometers west of the epicenter). It’s also the number of miles the tsunami traveled inland in areas.

133’ = the massive tsunami that slammed parts of Japan reached heights up to 133 feet (40.5 meters) in some places! The waves that struck the Fukushima reactors were almost 46 feet (14 meters) high.

270,000 = number of buildings damaged or destroyed 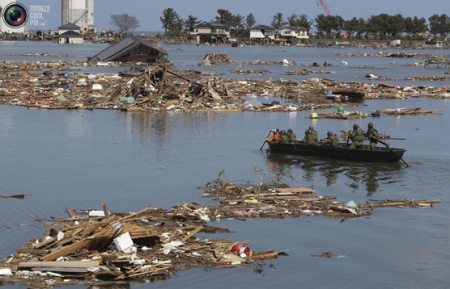 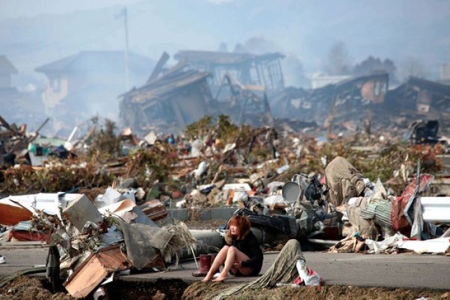 We also wanted to share an awesome video from people in the Tohoku area expressing their gratitude to all of the international aid that helped them. (video from Nov 2011)

Also read our March 2012 Updates and Arigato from Japan enews article with more stats and resources.